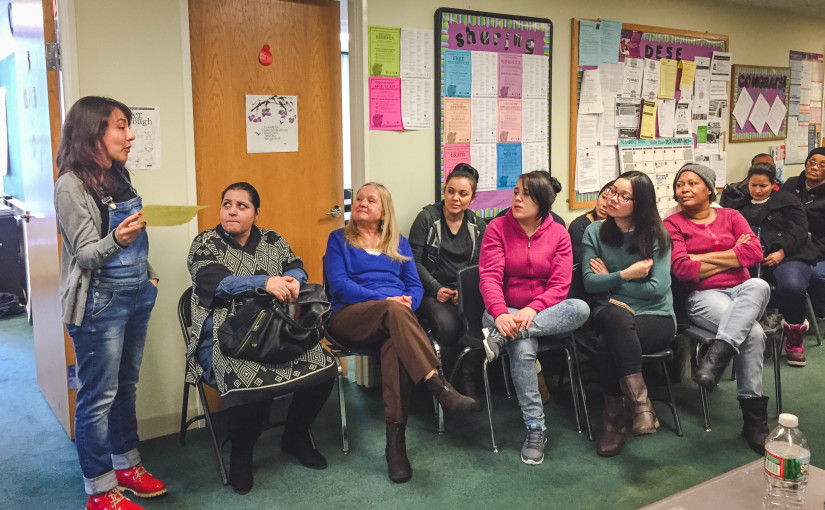 “I love the project, it’s an excellent idea. Many of us are immigrants and we do have dreams, and we fight for them, leaving behind our roots. Thank you.”
— YMCA student 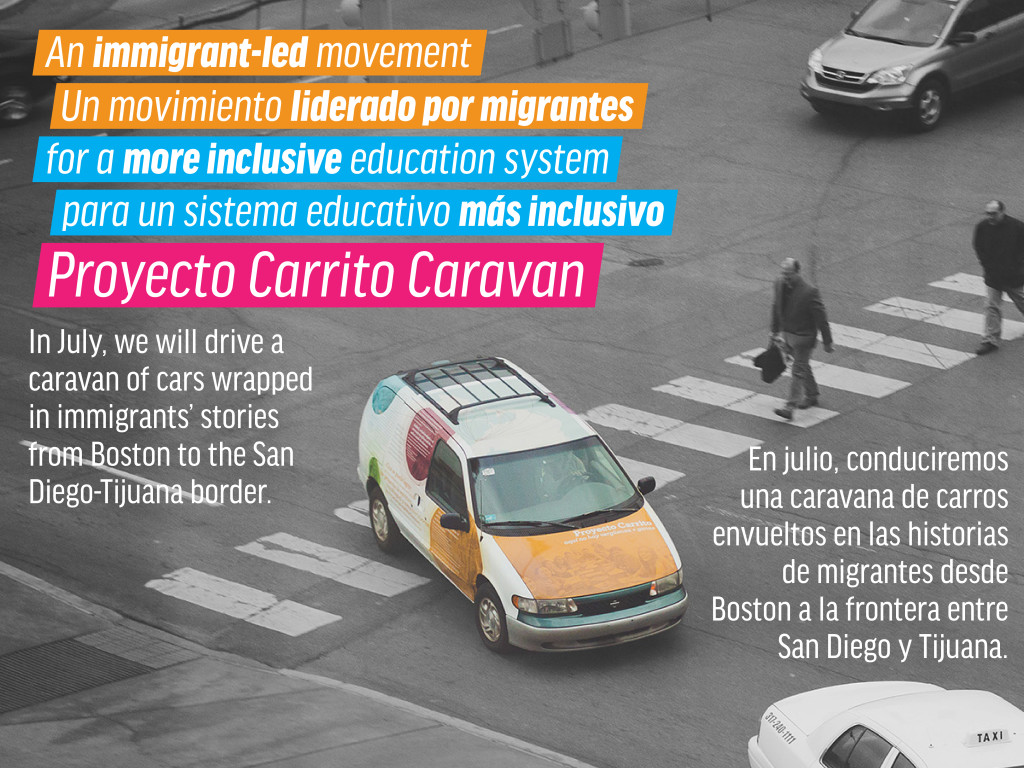 They discussed how, in the words of Mario Ernesto Osorio, one of the Proyecto Carrito members and maintenance worker at Emerson, “we need to recover the humanity that, for the moment, we have lost,” by making our schools and other institutions more inclusive for all their community members, including immigrant workers.

The Proyecto Carrito collective does so in the spirit of convivencia—or learning to live and work together, despite cultural and language differences—by not just meeting as a weekly class, but also building trust and sharing time as a family over the last five years. 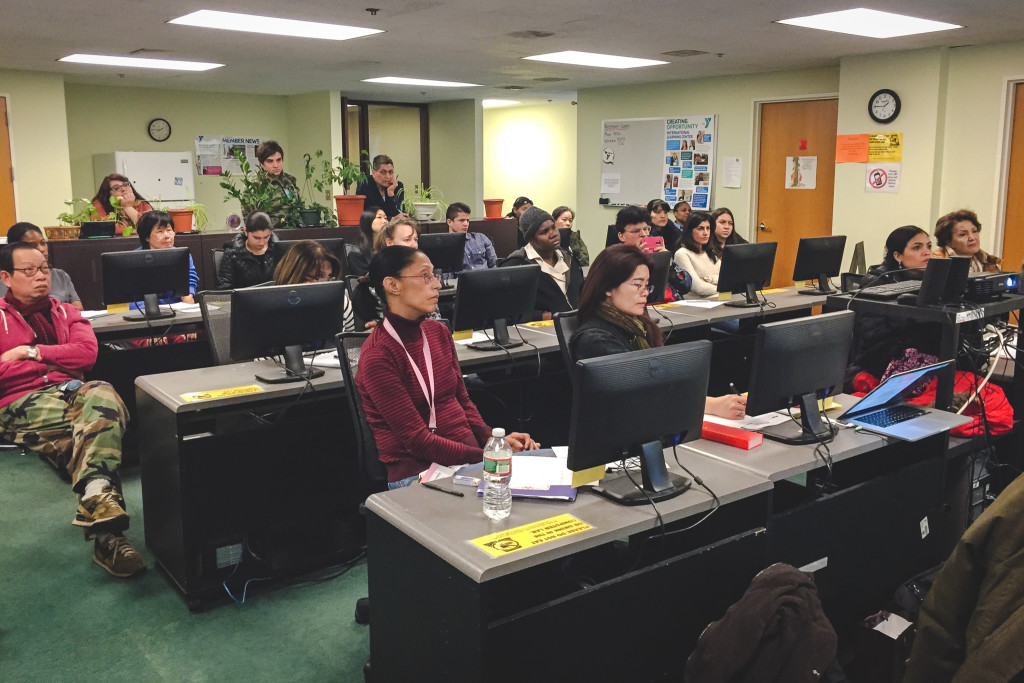 Ceci, a Colombian artist who participated in Mobility Movilidad’s 2011 exhibition of Through Our Eyes, also showed a video that she produced with the immigrant maintenance workers last year. They talked about where they have loved life—and found that those places were their homes and roots in Latin America.

Students in the YMCA classes, whose native languages include Spanish, Arabic, Mandarin, and Russian, wrote notes to the maintenance workers responding to their stories.

Many of the students said they identified with the workers’ stories, and shared their own deeply personal stories, like having to leave their kids and families in their home countries and immigrate to the US to support them economically.

Others wrote that hearing about Proyecto Carrito made them feel supported, because the project recognizes that immigrants do have dreams and fight for them, despite leaving behind their roots, and congratulated the group for trying to make it possible to live with love and peace.

Thanks to the YMCA of Greater Boston and Sara Bilman, the YMCA’s DESE Program Manager and Educational and Career Advisor.