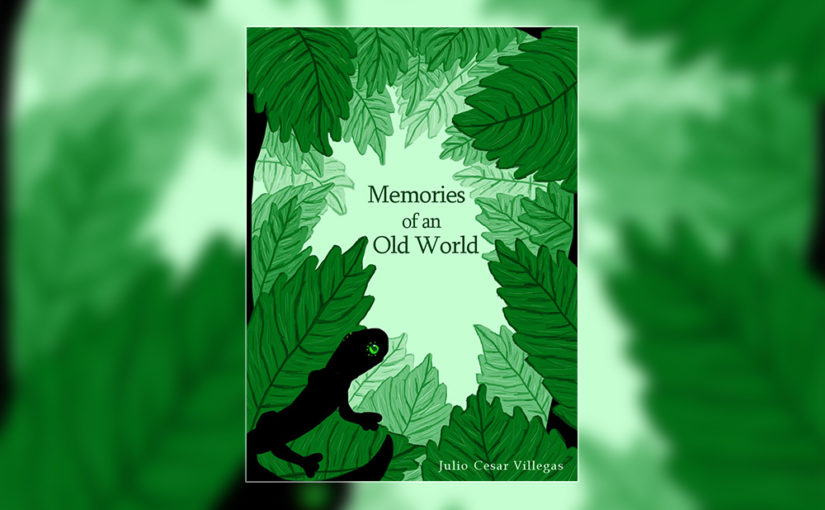 Julio Villegas, author of Memories of an Old World, a collection of poems about Latin American history and identity, donated the proceeds of his book sales to Mobility Movilidad to benefit Proyecto Carrito, our internationally-recognized writing project with immigrant janitors, students, and professors.

Villegas, an Emerson College student who regularly attends weekly Proyecto Carrito workshops, said the group reminds him of his own family. “One of the only few places in the whole of Emerson that I sensed [a] wholehearted appreciation and gratitude for just being able to exist,” he said, “was with everyone at Proyecto Carrito.”

Memories of an Old World was published by Emerson College’s Undergraduate Students for Publishing, the group’s first bilingual title. “Each poem,” he said, “could serve as a snapshot, chronicle, episode in the narrative of the world that would become Latin America, before, during, and after the Spanish encounters.”

Like much of our work in Proyecto Carrito, Villegas’ book is translingual; he switches between English and Spanish as needed to express his ideas. “As I was writing the manuscript I started getting aggravated at myself for writing lines dedicated to figures of Latin America in English, when this entire work is for Latin America and everyone tied to its experience in English,” he said. “So I started sporadically writing lines in Spanish, without any translations provided for those lines.”

Villegas has made Memories of an Old World free to distribute. Click here to download a PDF.

His full responses to our questions are below.

What is Memories of an Old World about?

Memories of an Old World was this sort of personal project that I wanted to write for a good while, since last April, shortly after my birthday. I did not know what it would be about particularly, but I wanted it to be this collection of poetry that all dealt with the identity of Latin America, the history of the Latin American experience. I had stalled for months in writing any poem because of the weight that I put on myself in trying to capture enormous amounts of Latin America and trying to do it in a way that it reflected truthfully the sentiments of the people across the history of five centuries — so that stalled me for many months until the deadline for the manuscript submissions for the Undergraduate Students for Publishing drove the stimulus within me to lock myself in my room and just write out what I’ve been lingering on for months now. So Memories of an Old World the way I see it is this sort of chronicle of the Latin American identity, and I feel each poem could serve as a snapshot, chronicle, episode in the narrative of the world that would become Latin America, before, during, and after the Spanish encounters. I wanted to give Latin America a new literary work, and as I was writing the manuscript I started getting aggravated at myself for writing lines dedicated to figures of Latin America in English, when this entire work is for Latin America and everyone tied to its experience in English, so I started sporadically writing lines in Spanish, without any translations provided for those lines. That’s how it eventually, without my intent or knowing, became the first bilingual/multilingual student manuscript published at Emerson College. I thought that was very cool, because it only took 136 years for a student to publish a collection of multilingual writings.

Why did you choose to donate the proceeds to Proyecto Carrito?

All of the proceeds from the sales of an author’s book upon the launch night do not go to the authors, they are donated to a nonprofit of the author’s choosing. So, being the case that I wrote this book as a reflection and reminiscence on Latin America, and the memories of its pasts that flow into its present day, and since it is a reflection of the Latin American identity, the closest sense of a Latin American identity and presence, at least one that felt very familiar to me, was with being surrounded by the maintenance workers whenever I was present for a Proyecto Carrito class. Mind you, I live right on the edge of Newark, NJ, which has the second-highest concentration of Puerto Ricans in the entire country, second to New York. Not only that, it does not possess simply a large amount of Puerto Ricans, but of Hispanics and Afro-Caribbean peoples as well, I come from this community. So, as one might be aware, Emerson is beyond white, and about 61% of the student community as a whole come from a six-figure or higher family income background. I do not, and I have seen a lot of these students, both white and POC, just be so detached from the definition of genuine work, genuine connection to strife of all forms, from genuine appreciation of the littlest things in every day life, and one of the only few places in the whole of Emerson that I sensed that wholehearted appreciation and gratitude for just being able to exist was with everyone at Proyecto Carrito. They remind me of my own family and the overall community, both within my part of Essex County and Latin America as a whole. Everything I create I always want to cast a better light on the Hispanic community and low-income communities of color, because they both get consistently neglected and dismissed as incapable of being able to fully thrive, and there’s some part of me internally that wanted to create Memories of an Old World as a legitimate fuck you to every individual that came into this school from a well-off background and with far more resources than I ever had and yet I still accomplished something that had never been done at this institution by any student prior. It was only fitting that my proceeds would go Proyecto Carrito because it’s founded on narratives that need to be pushed into the student and administrative community, because the workers are just viewed as workers in the eyes of some students and I sincerely wish to shift that consciousness and that ignorance because they do work that a majority would possess too much pride and too little stamina to do. So yeah, it’s cyclical, I create to give back, in order Proyecto Carrito can continue to create, and so the cycle persists, and it must continue to persist, because the community has a long way to go for strides to be made in the consciousness of its being.